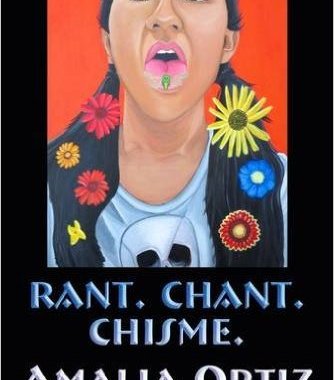 As a child growing up in South Texas, I knew what being a hocicona meant.

It meant you were a repelona who enjoyed arguing. A chismosa who told everyone’s business. A cabrona who often picked a fight. A metiche who put her foot down when nobody asked her opinion.

Mostly, I understood a hocicona to be someone who had something to say and the best part, had an audience to listen to her.

Someday, I want to be an hocicona like Amalia.

Her chismes entertain me like a good Mexican telenovela. Ella suelta la sopa and speaks in volumes through her resonating verses, opening up conversations often suppressed, as with ‘Women of Juarez’ and ‘the short skirt speaks’.

Amalia’s poems remember. They cry. They tell on you. They don’t know how to play hide-and-seek well. They count you in when you try to blend in. And caray, do they speak!